Secrets of the Tunnels escape game Dig up Norwich’s subterranean history and legends in our thrilling underground escape game with plenty of space to move around in!

In the shadow of Norwich Castle, Herbert the City Historian has been secretly excavating a medieval street found hidden below Castle Meadow. Exploring tales of tunnels beneath the castle, he’s hot on the trail of the legendary burial site and treasure of the lost king of the Angles.

​Now he’s disappeared, leaving behind a trail of clues about Norwich’s subterranean history and myths, but the tunnels are starting to cave in! Are you brave enough to head underground and rescue our hapless historian before tunnels collapse and your air runs out? 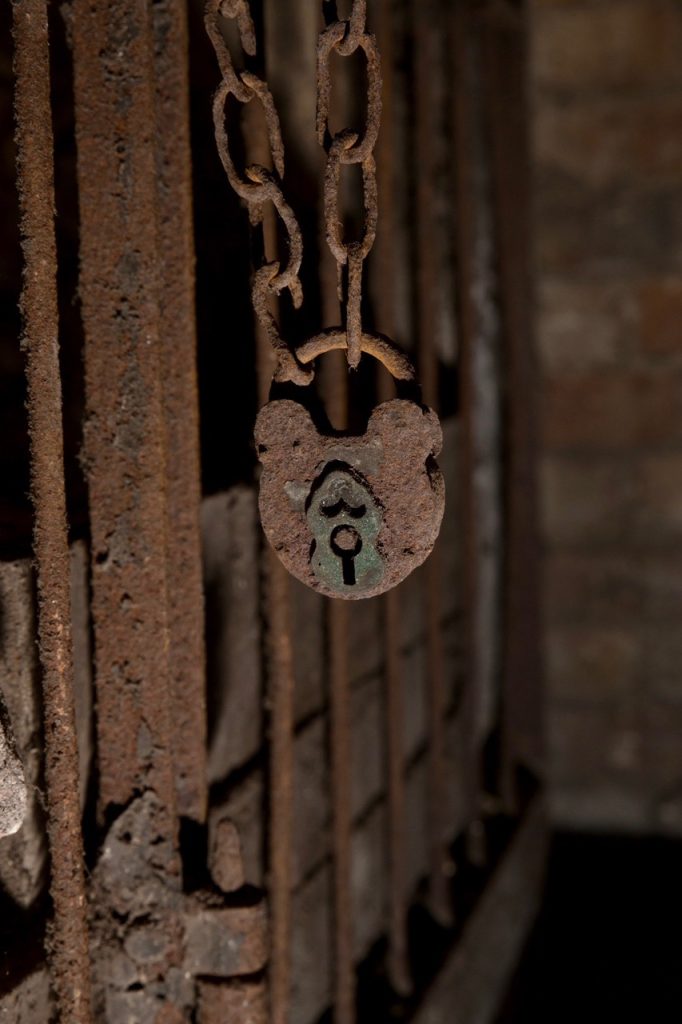 Available at The Shoebox for 2 to 8 players

​PLEASE NOTE: This game is in an unheated and dusty environment with narrow access stairs and uneven floors. 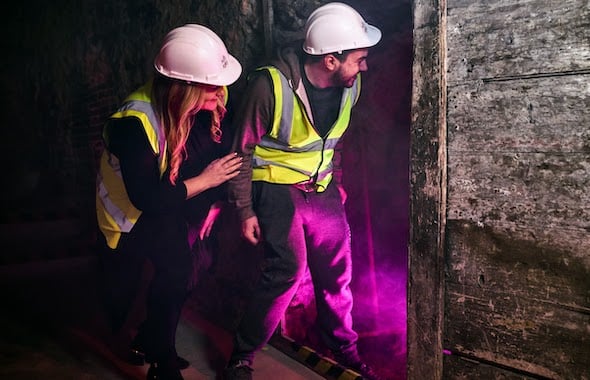 How do I book?

You can book your escape game here.

How much does a game cost?

Where do I go for my escape game?

Details of where to go for your game and other additional information can be found in your order confirmation email.

What have you done to make your game COVID-secure?

We have been rigorous in ensuring that our escape game can reopen as COVID-secure and full details of what we’ve done to achieve this are available in our COVID Customer Policy. We already had very relaxed terms and conditions regarding cancellation but our policy has been further relaxed where COVID illness or isolation is the cause, so you can book with peace of mind.

How many people can play the escape game?

Between 2 and 8 players. Be aware that 2 players will really be up against the clock, but the challenge will always be fun! It’s more about how you work and communicate with your team, rather than how many people you have.

The maximum players shown can’t be exceeded under any circumstances, it’s a safety thing.

Can children play your escape game?

Our Secrets of the Tunnels escape game is suitable for children age 10 years+, when accompanied by adults. Due to complexity of puzzles and immersiveness of settings we require a player ratio of at least 1 adult per 3 children under 14. Children under 8 are not permitted as it’s designed to be played by adults and older children, so does not contain elements suitable to entertain younger children for an hour. In addition, our game is not designed to be child-safe and contains items, such as cupboard doors, small objects and trip hazards that could be harmful to young children whilst accompanying adults are distracted by the game.

When should I arrive for my escape game?

Please arrive ready to play your game at the start time shown on your booking confirmation email. When you arrive on time we will fully brief you on your mission and give you a full hour to enjoy the game. If you arrive late we may have to start the clock without you, especially during busy periods when we have a game or tour booked into the following time slot.

What should I expect from my escape game?

On arrival your mission will be made clear by our friendly Gamemaster. What then follows is a fun hour of immersive gameplay in our hidden medieval street. You’ll work together to solve puzzles and unlock clues, while learning a few things about the historic location you are in and hopefully solving the mystery and saving the day.

Who can play escape games?

Escape games are primarily designed for adults, but are suitable for families with children age 10 years and up, as long as the children are accompanied by adults. Due to the complexity of our puzzles and the immersiveness of our setting we require a player ratio of at least 1 adult per 3 children under 14, and at least one adult must be present for groups that contain players under 16 years of age. There’s nothing physically demanding and no upper age limit. If you are in good general health and can negotiate some steps to access the game, that’s all we ask. Our game has somewhere to sit down if you need to.

Can I bring my dog or other pet along?

I’m afraid not, our escape game is not a suitable environment for pets of any kind.

Will we have the escape game to ourselves?

Yes, your team gets exclusive use of your booked escape game, although you will be monitored by our Gamemaster as we have to look after the historic listed building that we are in.

How long will my escape game experience last?

Please allow up to 1 hour and 15 minutes for the complete experience. You should arrive at your game start time to receive your team briefing, then you have up to 1 hour to complete your escape game. After that we will take your team photo if you wish and be delighted to hear how you got on with the escape game.

What should I wear?

Comfortable footwear and clothing are ideal.  Our escape game is indoors but you will be walking on uneven floors and steps in our historic venue and there could be dust and flaking paintwork around.

What happens if I don’t complete the mission in time?

Don’t worry, you are not locked in and we’ll come and get you after the hour is up, plenty of people don’t finish the game and it’s the taking part that counts. Of course you are always welcome to come back and try another time, we’d love to see you again.

What happens if I complete the mission early?

Well there are always the smart ones. Well done, use the rest of your time to bask in your glory.

Can I take photos or videos during the escape game?

Please don’t, it would detract from your own enjoyment of your hour and also it would spoil it for other visitors if our secrets got out. An optional team photo will be taken after your escape game and will be accessible from our Facebook page. Please do feel free to share or tag yourself.

Is your escape game accessible?

Unfortunately there are a number of steps and uneven surfaces to negotiate to reach our game room that makes it entirely inaccessible to wheelchairs and the room itself has uneven floors and steps within it. The game mainly requires problem solving skills but does require an amount of manual dexterity and visual acuity, with reading glasses required if used. Pre-recorded sound effects are used and lighting levels are mostly medium throughout, with torches provided for use in low light areas.

I require assistance, is someone able to accompany me for free?

Yes, we offer free places for carers and interpreters where that person is specifically there to accompany a player or group to provide the assistance they may need during their game. There are some limitations on this, but they are the same limitations applied to all people for practical reasons, for example our game can accommodate a maximum of 8 players, which cannot be exceeded under any circumstances. You can simply make your online booking for the number of players you require, then contact us and let us know how many carers will also be attending.